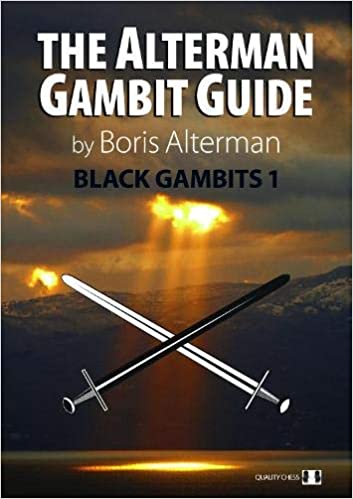 The Alterman Gambit Guide: Black Gambits 1 is an instructional manual for improving chess players.
Sharpen your tactics and learn to play dynamic attacking chess while studying the most entertaining gambits.
Lines covered include:

GM Boris Alterman founded the Shevah-Mofet Chess Academy in Israel.
Alterman is a product of the Botvinnik-Kasparov chess school and he also helped to develop the Deep Junior program which famously drew a match with Kasparov and defeated both Radjabov and Deep Fritz.